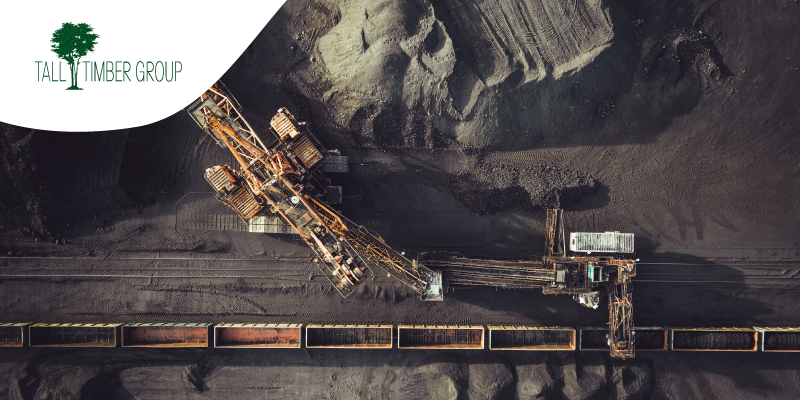 “Coal country” can refer to any areas where coal has historically been a major business. For those of us from the American Northeast, coal country usually refers to the Appalachian areas of Pennsylvania, West Virginia, Ohio, Kentucky, reaching southwest all the way to Mississippi. This corridor has been a staple of American industry for well over a century. Yet modern energy infrastructure upgrades and a shifting view on fossil fuels have changed the landscape of coal country.

With all of this in mind, today we will take a look at how coal country is modernizing, how alternative energy infrastructure is taking root across American, and examine current and future energy construction projects are impacting the commercial real estate market. 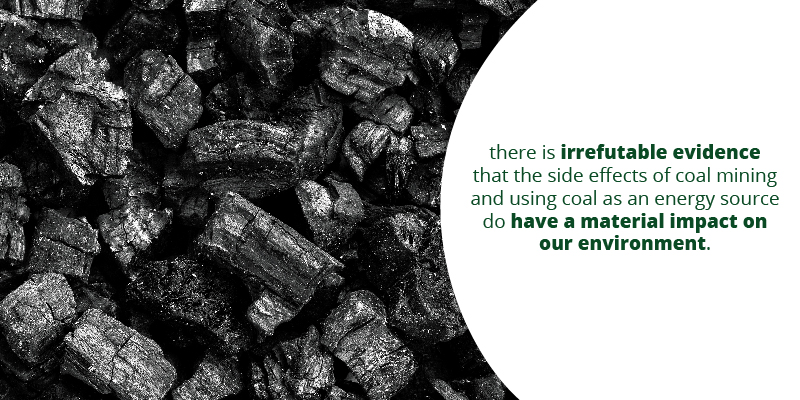 Politics aside, there is irrefutable evidence that the side effects of coal mining and using coal as an energy source do have a material impact on our environment. According to the U.S. Energy Information Administration (a federal agency), coal emissions include sulfur dioxide, nitrogen oxides, particulates, carbon dioxide, mercury, heavy metals, fly ash, and bottom ash. It should also be stated that many modern efforts within the coal industry have been made to burn “clean” coal, which reduces, but does not eliminate, many of these emissions.

As federal and state regulations tighten on coal and other fossil fuel emissions, where does that leave the businesses, employees, and economies of coal country? Thankfully, where there are alternatives to coal, there are also alternative economic opportunities. For example, New York State has recently doubled down on their commitment to clean energy, a decision that is “expected to create $3.2 billion in economic activity and more than 1,600 jobs.”

While such a massive change may take longer to implement in states like Pennsylvania and Kentucky, the impact such a paradigm shift would have on energy infrastructure and energy jobs in coal country would be significant. The workforce that previously made their living in the coal industry might have opportunities in new, renewable energy sectors. 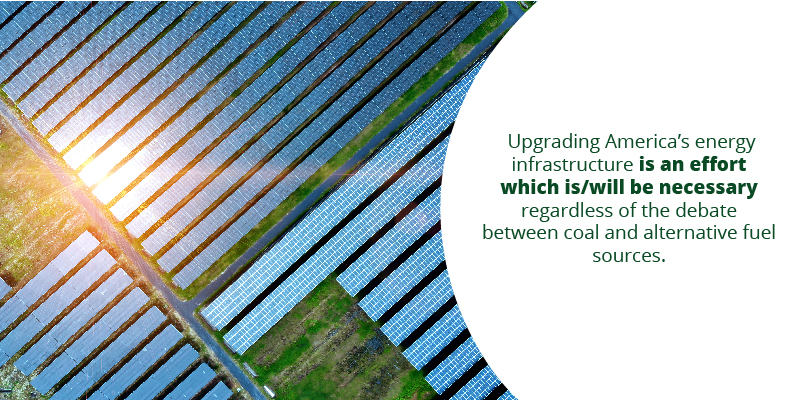 It is no great secret that America’s infrastructure is aging. Our energy sector is certainly no exception to this rule. Upgrading America’s energy infrastructure is an effort which is/will be necessary regardless of the debate between coal and alternative fuel sources. From a CRE angle, this means that infrastructures will either require massive updates, new construction, or most likely, both. It should also be noted that the energy sector is just one area of our infrastructure in need of updating. Government buildings, roads, bridges, schools, and many other government funded expenditures must compete for limited funding.

Energy megaprojects likely to continue in 2020 and beyond

Oil, gas, coal, and alternative fuel technology have advanced to the point that facilities must adapt to keep up. Due to this and many other reasons, constructiondive.com states: “energy-related megaprojects are expected to make up a big part of the U.S. construction industry in coming years.” With a governmental commitment to revamping our infrastructure and an emphasis on adapting to new technologies, the CRE market for energy related construction and renovation efforts should remain robust for years to come.

Education and other resources are available for sustainable infrastructure 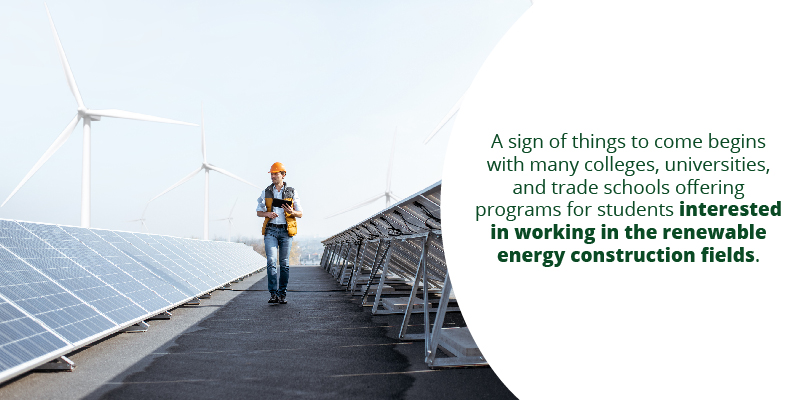 A sign of things to come begins with many colleges, universities, and trade schools offering programs for students interested in working in the renewable energy construction fields. For example, The University of Washington offers a master’s program titled: “Construction, Energy, and Sustainable Infrastructure” through their Civil & Environmental Engineering school. Like many similar programs, it is available on-campus or through online courses.

While a master’s program might not be for everyone, these types of opportunities will likely play a huge role in transitioning the workforce in American towns across coal country from their experiences in the coal industry to a new field working in renewable energy or sustainable infrastructure construction. A qualified workforce will then create greater opportunities to improve our nation’s infrastructure, greater opportunities for commercial real estate investors, and ultimately will benefit our region’s economy.

Again trying to avoid politics or any other contentious topics, it is very likely that a transition away from fossil fuels in favor of renewable energy sources is a matter of when, not if. For those of us living in coal country, this can be viewed as an opportunity to invest in our future. With the right planning, changing our local energy infrastructure can lead to economic growth, more jobs, and of course commercial real estate opportunities.

Climate change, also referred to as global warming, has accelerated in the past century. The normal ebbs and flows of our planetary climate have jumped off course beginning in the mid 20th century. Political opinion, root causes, and other debates aside, this trend is set to continue or even accelerate in the near future. The impact of climate change has been felt in many industries, and the real estate market is certainly no exception.

It may be a tempting thought to envision ourselves as being untouchable if we leave in a temperate area, far away from the coastline. The fact of the matter is that all real estate values may be touched by climate change in the coming years. It isn’t just hurricanes that change real estate values. New laws, regulations, and economic realities which may result from climate change will likely lead to a volatile real estate landscape.

To understand the reality of how climate change impacts real estate, let’s look at some of the more well known examples of real change already being experienced today.

A recent study performed by the First Street Foundation concluded that amongst Mid-Atlantic states, nearly $16 billion was lost from residential real estate values alone between the years of 2005 and 2017. The reasons for these real estate devaluations? Rising sea levels, tidal flooding, and the associated fallout. Florida was found to have the largest financial loss. While this study focused on residences, the commercial real estate market was hit equally hard.

Another less obvious reason why commercial real estate properties lose their value due to climate change is the influx of stronger, more frequent storms. Many of us have heard that climate change has caused warmer waters and stronger hurricanes. Climate change has also been potentially linked to worsening tornado seasons in the midwest and across the globe. All of this can destroy real estate, raise insurance rates, and devalue properties overall.

Of course it isn’t all doom and gloom. There are ways for savvy real estate investors to educate themselves on climate change and its impact on future decisions. While it may take time to develop a deep understanding of this relationship, even a cursory understanding of how climate change will impact your region’s real estate market can be a start.

Immediate risks include some of what we discussed in the previous sections: namely flooding, hurricanes, tornadoes, droughts, and so forth. Some regions have always been subject to these considerations while some regions may find themselves in the crosshairs for the first time. These types of risks are potentially catastrophic including total loss of investment and/or lengthy closures.

Less immediate risks might include an area being depressed over time due to climate change. The relationship between climate change, population growth, industry regulations, and everything in between can be the difference between a highly profitable investment in commercial real estate and a financial failure.

Last but not least, insurance costs are expected to increase due to climate change. This may impact your region more or less depending on the volatility of the climate and by extension the likelihood of property damage due to climate-related events. As with all real estate (and business) decisions, the decisions stems from weighing the potential benefits vs. the possible risks.

With the melodrama of the 24 hour news cycle, it can be hard to separate fact from fiction. Are sea levels truly rising causing massive property damage or is this yet another Y2K? We already referenced the massive financial losses which have been incurred all along the eastern seaboard. Unfortunately, those losses are just the tip of the proverbial iceberg.

If you have an interest in real estate in a city like Miami, New York or New Orleans, this might come as old news. If you live inland, the potential ripple effect might cause shifts in real estate valuation in either direction. As Mark Twain once quipped, “buy land, they’re not making it anymore”.

When it comes to projections on climate change, the future is murky. What we do know is that the real estate market has already seen a material impact as both a direct and indirect result of rising temperatures, stronger storms, and everything in between. Moving forward, businesses and real estate investors should keep climate change on their checklist for any potential real estate transaction. Even the most seemingly isolated locations are not isolated from the shifting climate.

The trickle down impact of stricter environmental regulations might also influence real estate value as well as local, state, and national economies. As with all economic shifts, staying ahead of the curve might well lead to the greatest possible outcome.