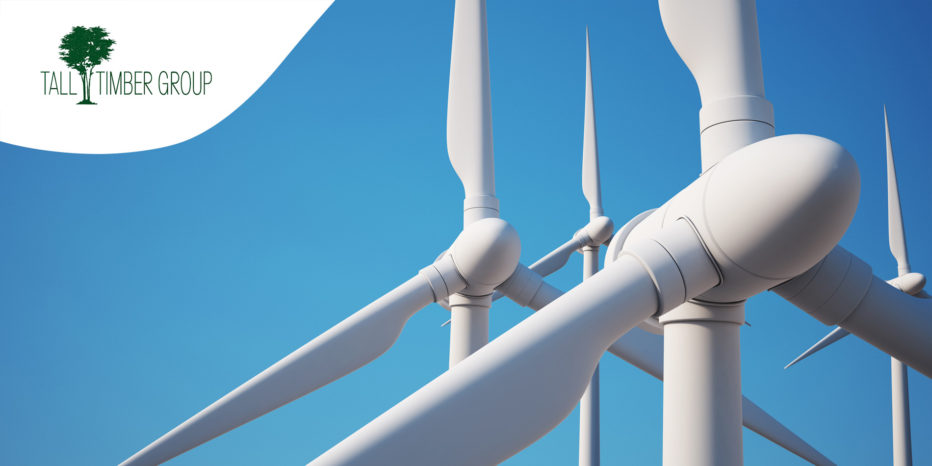 In September of 2019, Carnegie Mellon University announced a deal with Engie Resources for wind power from a 306 megawatt wind farm in Illinois. The deal is to last through 2024, and would power its Pittsburgh campus. This was a bold move towards sustainability and viability of variable renewable energy (VRE), and sets a precedent for other businesses and universities in the area. The move could potentially signal a paradigm shift towards institutional use of environmentally conscious infrastructure for new construction and renovations alike.

With all of this in mind, today we will discuss wind power 101, how other regions and countries have successfully implemented wind power, and ultimately how the recent CMU wind power deal could impact the local CRE landscape.

Wind power is a type of variable renewable energy (VRE). The National Renewable Energy Laboratory (NREL) does not identify technical barriers to a grid running solely on VRE, but instead, many of the challenges come from capacity factors. A capacity factor is based on how much power a plant produces in comparison to its overall potential, and it is often based on how often a plan is running or generating power. A conservative estimate for the capacity factor for VREs, namely wind and solar, is around 50 percent.

When there is wind, there is power. On the other hand, nuclear power plants usually have over 90 percent capacity factor. In the long term, however, the resources being utilized will dwindle, which is why many businesses, cities, and states are moving towards either a mix of “clean” energy or, in the case of Carnegie Mellon University, 100 percent wind power.

Examples of Wind Power Around the World

As of March 2020, 60 percent of Germany’s energy came from renewable sources, the majority of which came from wind turbines. China and the US lead all countries with total wind power usage, clocking in at 221 GW and 96.4 GW respectively. Interestingly, Germany (the third highest wind power producer in the world) sets a far more productive example of using wind power the right way. Meanwhile, China’s ambitious wind farms have been reported to go largely unused.

This concept of wasted alternative energy hits home in the US. While many Americans support alternative energy over traditional fossil fuels, recent polls have also shown that Americans also fear alternative fuels are less efficient and costlier than the current energy infrastructure. Germany is also a great parallel for Western PA as a region in that Germany has traditionally depended on coal economically and for their energy needs.

German infrastructure has been updated over the past 10 years to adopt more alternative energy sources including wind power that made energy production more efficient, cost effective, and beneficial to the economy overall. Other countries including India, Spain, and the UK have all adopted wind power with mostly positive results.

That background information leads us to the simple question: will CMU’s converting to wind power have a material impact on commercial real estate in the Pittsburgh area? Unfortunately, as with many issues concerning alternative fuels and climate change the answer is less than clear. Here are a few factors and considerations that will likely come into play when it comes to wind power adoption in Pittsburgh.

Alternative energy sources become less “alternative” by the day. Some countries, including Sweden and Iceland, have committed to cutting fossil fuels from their energy creation entirely. Such a transition is harder to sell in places, like Western PA, where natural gas and coal are still significant economic drivers. There are ideological and political shifts which will determine the future of alternative power sources including wind energy. American institutions like CMU committing to 100% alternative power generation will certainly have an impact on public perception of such programs.