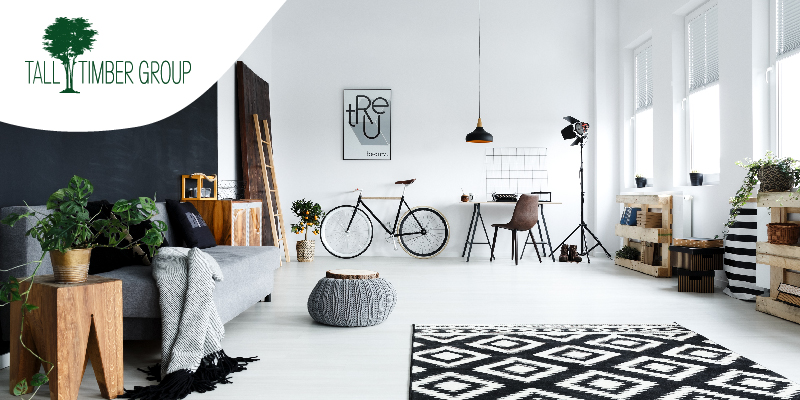 After taking a breather in 2018, developers are building more apartments in Pittsburgh this year and the pipeline is robust (for Pittsburgh anyway) for 2020. Permits for multi-family units are up 32.8% year over year for the first three quarters in Pittsburgh and the surrounding six counties. Investors are still bullish on the Pittsburgh apartment market, but there are signals to watch about the demand for apartments in the next few years.

It is no secret that the housing market has been in decline compared to years prior. Many have spoken on why this may be the case, and just as many have questioned whether progress is being made in reviving the market. Galina Alexeenko, a Managing Director and Senior Economist at CoStar Group, believes that the market is turning around and has the potential to grow relatively soon. This growth would involve homeownership, specifically, and if homeownership increases, that would lead to a natural decrease in apartment demand.

There has always been a balance between residential demand and apartment demand. Holding the homeless population constant, people either own their homes or they do not. Therefore, when one increases, the other must decrease. Thanks to lower homeownership, rental rates have increased, but that trend may not persist. Alexeenko believes that will not be the case for long, but first establishes what the current state of residential construction is.

The Current State of Residential Construction

She sites John Doherty, a senior reporter for CoStar, who explains in his own piece that the percentage of Americans who own a home decreased slightly from the previous quarter.

As of the second quarter, only about 64.1% of U.S. households are owned by their occupants, according to new census data. That’s down from almost 70% in 2007 before the housing market crashed, and it’s a dip from 64.2% in the first quarter. The drop is noteworthy in that homeownership rates had begun to tick up in 2018, sparking discussion about whether the rental boom might be ebbing.

Alexeenko adds to the conversation by acknowledging residential construction’s impact on the economy at large:

Residential construction has been a drag on U.S. economic growth for six consecutive quarters, as the costs associated with labor, land and business materials increased, along with a scarcity of available lots and delays in building approvals in some major cities.

What Will Drive Homeownership Ratesv

Clearly residential construction’s lack of growth has negatively impacted the economy, yet Alexeenko still supports the idea of the market changing for the better. If homeownership rates have not increased, however, then there must be other metrics that lead to the conclusion that the housing market will soon be on the rise. Alexeenko states that while overall homeownership rates have decreased, new and existing home sales have been increasing for several months, as has construction of single-family homes. 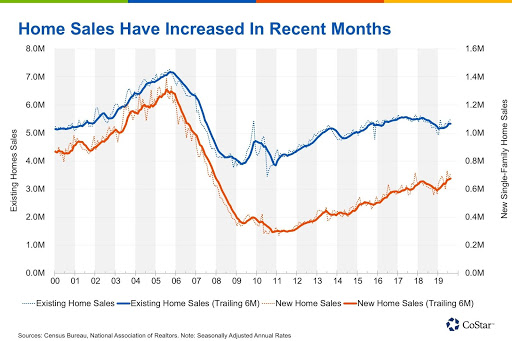 There are consistent numbers showing that sales have increased for new and existing homes, and that homebuilders have been building more as well. These increases imply that something changed; something that lead to consumers directing their spending towards owning a home. Alexeenko believes this change is with affordability.

The recent pick-up in single-family construction could, in part, be explained by homebuilders’ expectations that rising consumer confidence and incomes, as well as increased housing affordability, will boost sales.

CoreLogic (a provider of financial, property, and consumer data) backed up Alexeenko’s stance by highlighting the facts that price growth and mortgage rates have both decreased. These two factors have a clear effect on whether a home is considered affordable, and lend credence to Alexeenko’s theory of why home sales have recently increased.

In one last attempt to flesh out her theory, Alexeenko invokes the Federal Reserve.

The change in Fed’s policy over the past year has already resulted in lower rates on consumer loans and residential mortgages, boosting consumer spending and home refinancing activity. Cost of capital for companies has also declined, as both risk-free and corporate bond rates have moved lower.

The data that reports on homeownership rates typically lags by several months, so the effects may not make themselves clear right away. Despite this, Alexeenko is confident that the current data shows that: construction of new single-family homes has increased, sales of new and existing homes to single families has increased, and the affordability of homes has potentially improved (thanks to changes in income, price, and mortgage rates). This leads her to conclude that homeownership rates will be increasing in the near future.

Downside risk for apartment complexes may end up being a concern for residential real estate investors moving forward. If renters are beginning to test the waters of owning a home, which the data shows is possible, then apartment demand will logically go down proportionally. As always with investments, one cannot be 100% sure of anything, but the data shows that this is at least a feasible conclusion. This means that investors should be on the lookout for all of the latest data on homeownership to confirm whether or not the theory crafted by Alexeenko comes to pass.