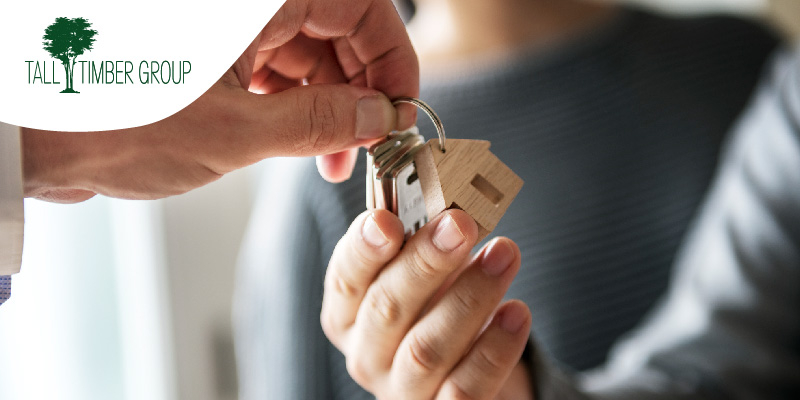 In 2008 when the economy crashed, the housing market was not immune to its effects. Companies like Fannie Mae and Freddie Mac, which guarantee the majority of America’s mortgages, received bailouts in order to stay alive. At the time, the government made the decision to take control of the two companies in order to keep the housing market afloat. Now, however, it seems that action is finally being taken to free them from that control. 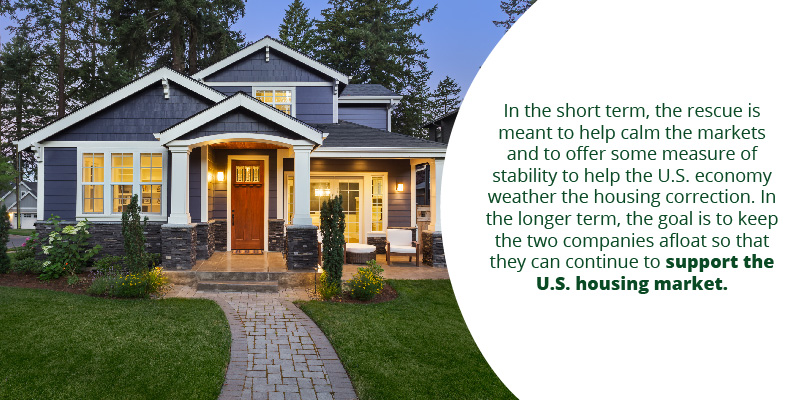 With two giants losing money as a result of the declining housing market, the government felt the need to step in in order to prevent further losses, and to ensure that Americans still had somewhere to turn for mortgages. In 2008, NPR discussed the news, saying:

In the short term, the rescue is meant to help calm the markets and to offer some measure of stability to help the U.S. economy weather the housing correction. In the longer term, the goal is to keep the two companies afloat so that they can continue to support the U.S. housing market.

The Treasury Secretary at the time, Henry Paulson, agreed stating that, “Action was taken to ensure the continued availability of mortgages and to protect taxpayers.”

What did these actions entail? This requires looking into the original agreement made between Fannie, Freddie, the Treasury, and the Federal Housing Finance Agency (the FHFA). The agreement that was put together took control away from the companies’ executives, and gave it to the FHFA. The agreement also gave the Treasury Department 80% of the common stock for both Fannie Mae and Freddie Mac, as well as stock agreements. Lastly, a 2012 addendum instituted a profit sweep, which prevented the two companies from retaining any profits. 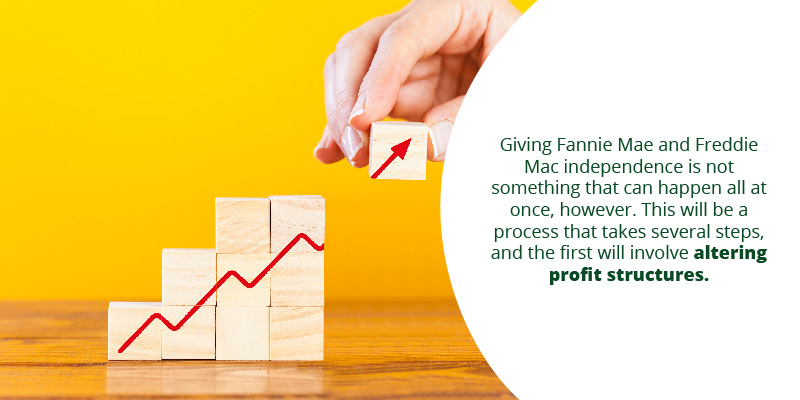 After a decade of working under these conditions, the call has finally been made to begin putting an end to this agreement. Earlier in the year, the Treasury Department was ordered to put a plan together with the Housing and Urban Development Department to reform financing for housing. Freeing Fannie and Freddie from government control was a part of that plan.

The Treasury recommended ending the profit sweep as part of a comprehensive effort to shore up their finances and shrink their overall footprint in the market.

Pete Schroeder at Reuters commented, saying, “Ending the government’s sweep of their quarterly profits was widely seen as a first step in any effort to end the 2008 bailout.” He goes into further detail explaining that in order to remove Fannie Mae and Freddie Mac from government control, the two need to have their own cash reserves (as opposed to relying on government funds). The first step to accomplishing this is to allow them to keep profits. Specifically, Fannie Mae will be allowed to retain $25 billion, and Freddie Mac allowed to retain $20 billion. The original 2012 sweep barred the two companies from retaining profits, so undoing the sweep can only mean that the companies are moving forward towards independence.

When originally taken over by the government, Fannie Mae and Freddie Mac together received $191.5 billion in aid. Since then, the two companies have paid the Treasury Department back over $297 billion; a sign that the bailout was successful, and the two companies are back on their feet. These results contribute to the confidence that Fannie and Freddie can survive on their own now. 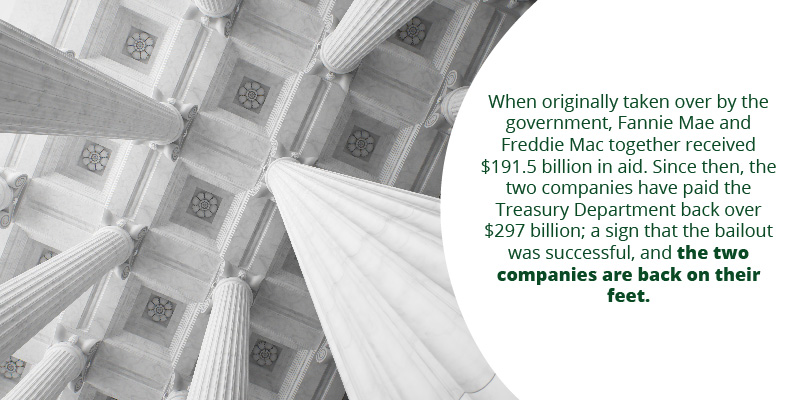 Now that Fannie Mae and Freddie Mac have regained some of the government’s trust, the two companies will now be able to regain the trust of homebuyers throughout the country. The further this plan for independence progresses, the more the landscape of the housing industry will change. Homebuilders should keep track of these changes, but also understand that more may be on the way.

There may still be more changes on the horizon for Fannie Mae and Freddie Mac. The current FHFA director, Mark Calabria, wants to explore other ways for the two to raise capital. In a statement he released, Calabria said that he did not see retained earnings alone providing the reserves that Fannie and Freddie would need to operate comfortably. This implies that the FHFA could be instituting more changes to the two companies’ operations throughout this independence process.

The landscape of the housing industry changed significantly when Fannie Mae and Freddie Mac were taken over by the government, and the landscape will change again now that they are regaining that control. The process will not be instant, and there will be many steps to accomplishing this. Homebuilders should stay on the alert so that they will be prepared for every change that is made to the current operational structure of the two companies.